Why should we establish paternity for our baby?

Under Texas law, a child born to a man and woman who are not married has no legal father. There is a difference between a biological father and a legal father. When the child’s parents complete an Acknowledgment of Paternity (AOP) to establish legal fatherhood, this helps to secure the legal rights of the child.

Courts cannot order a father to pay child support until paternity is established.

STOP THE EPIDEMIC OF ‘Incomplete Birth Certificates’ NOW
by having Formats for Acknowledgment and Denial of Paternity in India!

To: The Government of India and responsible citizens of India

The social norms are changing and there are many children who are born in situations outside of marriage as well. The rights of these innocent children has to be secured, and it is the right of every child to know who their biological parents are. Once the rights of the child are secured, the rights of visitation/custody/maintenance of the legal father are secured.

A child will have an easier time by knowing the identity of his or her father. Every Child should have his/her Own Rights.

Today’s Many women deny and are not ready to include Father’s name in birth certificate of a child, born after separation, and child will grow up in fatherless environment. Many of today’s women are financially capable of raising the child, but they are not ready to admit the existence of Father of the child nor are they ready to allow child to know who is his/her biological Father is.

This Acknowledgement of Paternity (AOP) by Biological parents, and Denial of Paternity (DOP) by married husbands cheated by adulterous wives will resolve a lot of issues for children and society.

Repeal Lord Mansfield’s rule which is an outdated British law since 1777. Indian paternity laws which make the consequences of female adultery horrendous for husbands. These laws actually reward men who commit adultery with the wives of other men. 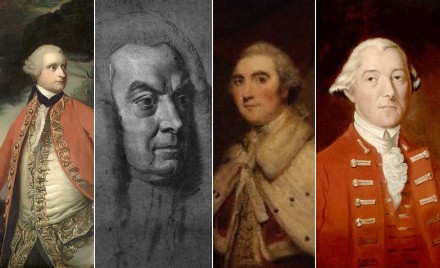 Lord Mansfield’s Rule is a British law created in 1777, which defines a child born into a marriage to be a product of that marriage. The husband of the mother must support the child even if he is not the biological father. No DNA test is allowed. No trial is granted. No appeal is possible.

The adulterous biological father has no responsibility for the child as long as the marriage lasts. This type of adultery is the only way a man can breed and be free from any legal responsibility to support his offspring.

In view of the various birth options, it is time to Update the Format of the Birth Certificate in India.
[This Petition is Promoted by ‘MyNation Foundation‘ in coordination with ‘Voice of Women and Families in India‘]

Paternity means fatherhood. When both parents sign an Acknowledgment of Paternity, the biological father becomes the legal father. Once paternity has been established, the father’s name is placed on the birth certificate. A court can order him to pay child support and grant him the right to visitation or possession of his child.

Why should paternity be acknowledged at the time of birth?
There are two main reasons. First, this is the most convenient time. Everything is together in one place. The necessary forms would be made available at hospitals. The earlier in the baby’s life paternity is established, the more secure his or her future will be.

There are situations within a marriage, where a woman may carry the Child of a man other than the husband. In such a situation, the Section of Denial of Paternity has to be filled by the husband, and the real biological father has to sign the Acknowledgement of Paternity. In case of Doubt, DNA Paternity testing can be done. So, it will stop Innocent husband being victimized in false child support case.

It is important that married Fathers pay for the maintenance of their Legitimate Children within a marriage, and are not burdened to maintain Cuckolded children of persons indulging in adultery.

Sign by Nov. 8 before the International DAY OF ACTION on Father’s Day on June. 19 when we will deliver your message to the Indian Government.

If you have not already done so, please sign the appeal!

Thank you for signing,We also request you to forward it further amongst your partners, networks and friends.

A bastard (also called whoreson) in the law of England and Wales is a person whose parents, at the time of his/her birth, were not married to each other.
Unlike in many other systems of law, there was no possibility of post factum legitimisation of a bastard.
The Provisions of Merton 1235 (20 Hen. 3 c. IX), otherwise known as the Special Bastardy Act 1235, provided that except in the case of real actions the fact of bastardy could be proved by trial by jury, rather than necessitating a bishop’s certificate.
In Medieval Wales, prior to its conquest by and incorporation in England, a “bastard” was defined solely as a child not acknowledged by his father. All children acknowledged by a father, whether born in or out of wedlock, had equal legal rights including the right to share in the father’s inheritance. This legal difference between Wales and England is often referred to in the well-known “Brother Cadfael” series of Medieval detective mysteries, and provides the solution to the mystery in one of them.
References:
http://en.wikipedia.org/wiki/Bastard_(Law_of_England_and_Wales)
http://chroniclesdeceivedparentage.blogspot.com/2011/01/establishing-paternity-acknowledge-of.html